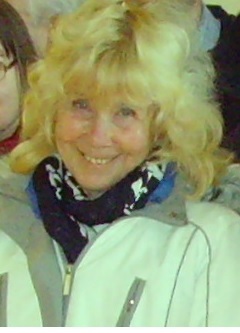 June has loyally served the residents of Desborough Loatland Ward for almost 14 years. She was first elected at the May 2007 local elections and has been duly re-elected ever since. June also served as a Desborough Town Councillor for much of the same time.

As Deputy Mayor and then Mayor of Kettering Borough for the 2015-16 municipal year, June raised £1,653 during her year of office for the benefit of her two charities, the Make a Wish Foundation and Muscular Dystrophy UK.

June had previously spent a number of years as a social worker prior to becoming a Councillor for Loatland Ward. She used her people skills to good effect within her responsibilities to the townspeople of Desborough. June was rightly proud of the help she has given to numerous groups through her Empowering Councillor funds distribution. She was also vocal in her support for keeping Desborough’s parking charges low and for the continued freeze of Kettering Borough Council’s council tax.

June will be fondly remembered by her colleagues at both Town and Borough level, with whom she worked closely. We wish June a very peaceful and healthy retirement.

Chairman of Kettering Conservatives, Cllr Mark Rowley said: “June is much loved and respected by her fellow Councillors and was always passionate about representing her constituents. June will be sorely missed and I wish her well in her retirement.”

Meet 3 of our great Police and Crime Commissioner candidates