Member of Parliament for Kettering Constituency

Philip was first elected as Member of Parliament for the Kettering constituency in 2005 and was re-elected in 2010, 2015, 2017 and 2019. Philip deals personally with each and every enquiry made by local people of their MP.

Educated at Oxford University, where he studied Modern History and Economics. Before being elected to Parliament Philip spent most of his career as an industry research analyst examining the performance of water, gas and electricity companies across the UK. Philip served over eight years in the Territorial Army, latterly as a paratrooper. In 1984 Philip spent eight months working as a volunteer teaching assistant with a Baptist Mission in Honduras, Central America.

Philip first fought Kettering for the Conservatives in 2001. He has served at various times as a school governor, an election agent, a member of a local Community Health Council, chairman of a police-public liaison committee, a meals-on-wheels volunteer for Age Concern and the WRVS, a committee member of Northamptonshire's Campaign to Protect Rural England, a volunteer advisor at Kettering's Citizen Advice Bureau and secretary of STOP, a non-party political campaign group opposed to the over-development of Northamptonshire.

Philip is President of the Kettering Branch of the Royal British Legion, a member of the Kettering Book Society and the Kettering and Desborough civic societies, and has been an occasional player for Kettering Rugby Football Club. He is also a Trustee of Solve It, the Kettering-based solvent abuse charity and the Jeanette Crizzle Trust, which is campaigning for improved rates of organ donation.

Since being elected, Philip has one of the best combined speaking and voting records in the House of Commons of any MP, as well as the lowest expenses. His aim is to stand up and speak out on behalf of local people. "As the local MP, my job is to be the voice of local people at Westminster, not Westminster's voice in Kettering," Philip says. "My task is to stand up and speak out for the Kettering Constituency." Philip also arranges visits for local people to see the Houses of Parliament and hundreds of local residents have taken advantage of this.

More recently, Philip has successfully secured £46m from HM Government to develop a new Urgent Care Hub on the Kettering General Hospital site as promised at the 2019 General Election and now an additional £350m has also been allocated for a major start towards a rebuild of the hospital on its present site. Furthermore, HM Government has substantially strengthened KGH's finances with a complete write-off of the Trust's £167m debt. Philip continues to work tirelessly to ensure that the development proceeds as speedily as possible.

Philip is a member of the cross-party Better Off Out group of MPs which successfully campaigned to leave the European Union. 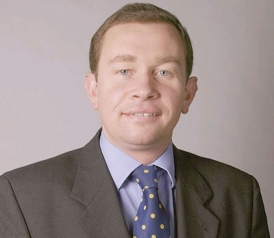